Housebreaking or burglary has consistently been the most common crime experienced by households in South Africa and is still the number one crime in South Africa, according to the most recent Governance, Public Safety and Justice Survey (GPSJS) 2019/20 report released by Statistics SA (StatsSA).

Before we get to the numbers, Its important to note the distinction between housebreaking / burglary and home robbery. “Home robbery” occurs when people or the victims are at home when it takes place as compared to “housebreaking” (burglary), which occurs when the family is away from home. 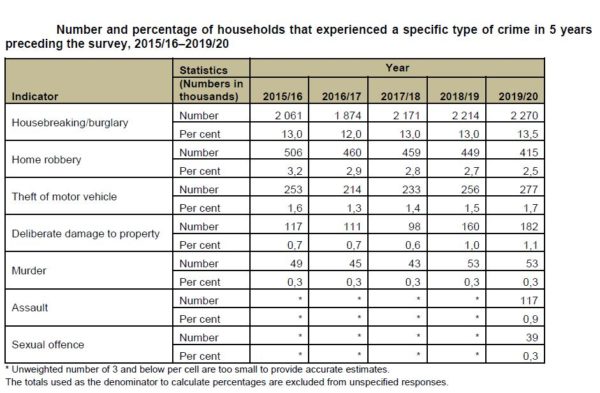 Households that experienced a specific type of crime 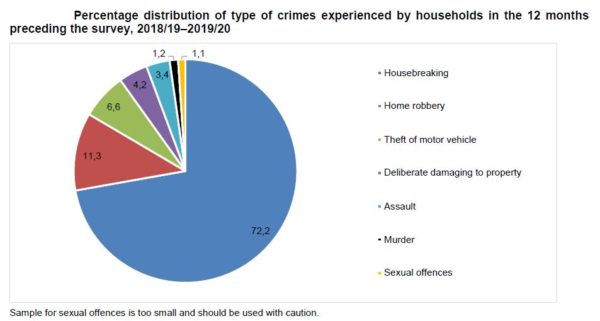 Figure above shows the percentage distribution of the type of crimes experienced by households. Housebreaking accounts for 72% of the household crimes, followed by home robbery (11,3%), theft of motor vehicle (6,6%), and deliberate damaging to property at 4,2%. Murder and sexual offences respectively contributed around 1% to the total percentage of household crimes. (2)

The research also shows that weapons were used in 35% of the incidences where households were subjected to home robberies,  guns were the preferred weapons used in home robberies (47,1%), followed by knives (34,8%), metal bars (10,8%), and axes/pangas (5,5%).

Percentage of time specified weapons were used during home robbery

Furthermore, it can be seen that housebreaking was mostly experienced by male-headed households and households in rural areas. Housebreaking peaked in June in both the 2018/19 and 2019/20 periods.

Interestingly, high-income households experienced fewer housebreaking incidents than low-income households. In the view of the stats authority, it may be that “the lowest income households are easy to break into due to lack of necessary security while for those in the highest income bracket, despite having better security, they have possessions that attract thieves.” (3)

What does this tell us?

From the stats we can conclude that having some form physical security around the parameter of your property will help in preventing or deterring potential burglars or robbers, as most high income regions have proved, by increasing investment in their physical security. Yet this also applicable to low income regions as well, via Xpanda very affordable products ranges. As female-headed households are the most likely to be robbed based on research, its very vital that these types of households invest heavily in physical security solutions despite the region they are in. 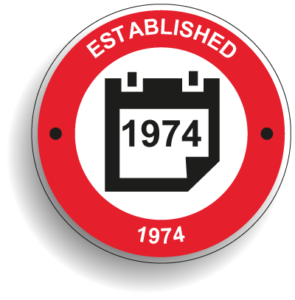